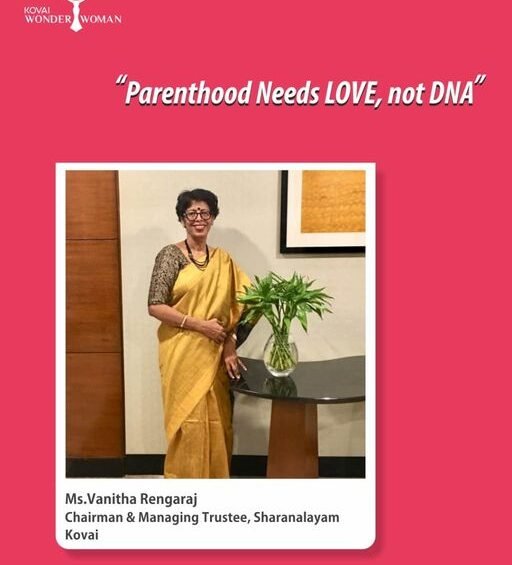 Those little buds weren’t flesh of her flesh nor bone of her bone but they were heart of her heart and soul of her soul. Children who are the meaning of life grow in the mother’s womb but in this selfless mother children grow in her heart. Ms.Vanitha Rengaraj is our wonder woman who believes that every child is a flower, getting them all together she has made a beautiful garden called “Sharanalayam”. The minute Ms.Vanitha Rengaraj walks into the Sharanalayam centre in Kinathukadavu, a group of children rushes in to meet their mother. They tell her what happened in school, what they ate for lunch and if they liked it. A crying infant leans forward to be held by her. This is her current world.

More than a decade ago, she led a very different life. The start of it wasn’t easy. She is powerful beyond measure and beautiful beyond description. So she didn’t give up. She overcame everything that was meant to destroy her. She believed she could and so she did. In 2001, She rented an 800 sq-ft building and took in seven people, including Poochi (called so because he could not move about), and a blind boy. Soon, her father instituted the trust, Sharanalayam, to help further her cause.

Valli, a caretaker, was appointed and Ms.Vanitha spent most of her after-college hours there. Poochi got a name -Sakthi – and managed to live for 10 months defying doctors’ predictions. She taught history in the morning. In the afternoon, she helped wash the kids’ clothes, feed them and clean their hair of lice. Slowly, more children started coming in. They were abandoned at birth, left to fend for themselves in dustbins and the roadside. Sharanalayam took them in, gave them an initial – ‘V’ – beautiful names (Ponni, Kanmani, Gautam…) and a shot at a better life.

She tells her children that education is the only way out. Her kids reciprocate too. They promise to buy her slippers, earings and sarees once they start earning.She is fondly called Thayamma by the children. As she speaks about the growth of the institution, which now has five branches, she mentions those who made it possible. “I was a rebel of sorts. But, my family, especially my husband Rangaraj, has been very understanding. Brother-in-law Chandran Natarjan is a huge help.” says Ms.Vanitha Though her heart beats for all children, Ms.Vanitha has a special corner for those with special needs. “They need our constant attention. Most of them can’t sleep; they can’t tell you if they are hungry; they don’t know when to stop eating; they need help with their most basic functions” says the angelic she. She gives due credit to her team that backs all her initiatives.

Various units of Sharanalayam are, Sharanalayam Dhaya: Nearly 120 children who are abandoned, orphaned, sex workers’ children and HIV affected and infected children, beggars children live here. They are given food, shelter, love, and education in this center.

Sharanalayam Swear: The only legalized adoption unit in Coimbatore District.

Sharanalayam Third EYE: A learning center for Autism. The only center in Coimbatore to offer specialized scientifically proven therapy for Autism.

“We are all here living for a reason. We are here not just to take love but also to give, not just love but unconditional love towards everyone” says Ms. Vanitha Rengaraj. Parenthood needs love not DNA. She loves what she is doing now but she breaks down thinking of the dying humanity in the current world. Success isn’t about how much money we make, it’s about the difference we make in people’s lives and so the most successful woman is Ms.Vanitha Rengaraj.

Families do not have to match. You do not have to look like someone to love them. Sharanalayam is a paradise which has a huge such family. Ms.Vanitha is an art of listening and science of hope. Motherhood is not about giving life, it is about making life. Love, in its purest form is motherhood, Motherhood felt proud because of Ms.Vanitha Rengaraj. Most of the children’s love begins and ends within her.

With deep reverence and utmost pride, Kovai Wonder Woman honours the most loving mother Ms.Vanitha Rengaraj with the wonder woman award. She was able to do what she wanted to do because she possessed the healthiest emotion called “gratitude”. She thanked KWW for honouring her which is making her arms stronger for several children to run into. KWW is forever indebted to her thanks. 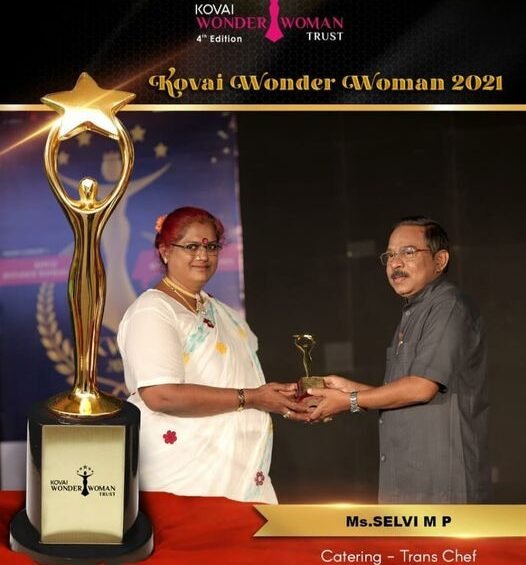 A recipe has no soul , she as a cook is bringing soul to the recipes and she is most… 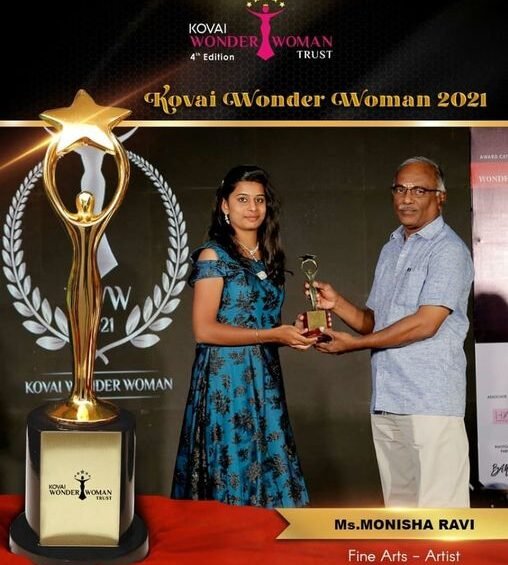 This artist is offering a sanctuary of beauty to the world. Her art works awestruck everyone who sees them as… 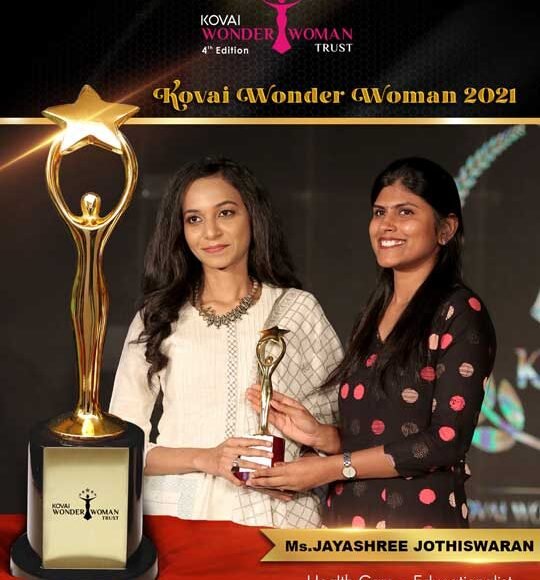 A strong woman is one who feels deeply and loves fiercely

Her tears flow just abundantly as her laughter. A strong woman is both soft and powerful. She is both practical…